The Harbour houses all the local shellfish boats as well as the Orkney ferry during the summer. Here you will find the signpost where you can have your picture taken. This is where you start or finish your journry. It is also where you will find the First &Last Craft Shop, unique in that its design is eight sided which is still in keeping with the legend Jan De Groot. 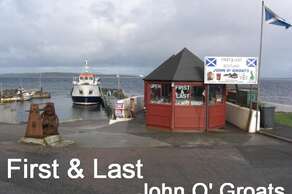 The John O'Groats Ferry runs daily to Orkney from the 1st of May to the end of September. it offers a return ferry journey and a guided coach tour of Orkney, where you can see the Churchill Barriers, Italian Chapel, Scapa Flow, St Magnus Cathederal, Stromness, Kirkwall, Skara Brae and The Standing Stones of Stenness.

If you Prefer something shorter, then from mid June to the end of August, the ferry offers an afternoon wildlife cruise to either the Island of Stroma or The Stacks of Duncansbay. Where you can see an abundance of marine wildlife on and around the 300ft cliffs and sea stacks. Puffins, Razorbills, Guillemot, Kittiwakes, Gannets and more can be seen as well as Seals and occassionlly Porpoises and Dolphins. 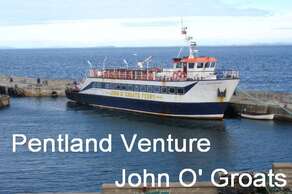 Mainland Scotland's most Northerly Brewery, you can sample some of the excellent beers in our bar, or even take some away with you. Our brewer has spent weeks perfecting the recipes to make this wonderful beer. You will struggle to get a better pint in Scotland. Our soft water helps make the beer velvet smooth and with just the right amount of hops the floral undertones in "swelkie" make it very moreish. 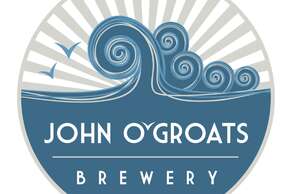 Here you will find a vast range of quality items and gifts, many of which are made locally. It also incorporates John O'Groats own christmas shop.

Looking for a unique experience on the stunning shores of the Pentland Firth? Or an unusal and oh so personal gift idea? Or maybe wish to celebrate the end of Lands End to John O'Groats walk? Or simply would like to uncover an unknown dimension to yourself? Our easy-to-follow and friendly "create your own....." workshops might be the answer to all of the above. In two hours you will learn the basic priciples of Her Majesty Perfumery and aroma blending art and, with the aquired knowlwdge, will easily be able to create a bespoke product of your choice.

Please choose from the following:

Create your own perfume

Make your own Bath Bomb

Design your own Balm, including Lip balms

All sessions include your own creation/s, good mood, positive emotions and extraordinary experience!

Footpath to Stacks of Duncansby

A footpath at John O'Groats leads the way to a scenic walk up to Duncansby Head. Along the way you will pass a shell beach called the Ness where you can collect "Groatie buckies" or cowrie shells which have been washed onto the shore. You can also visit the beautiful sandy beach Sannick, where during August and September seals can be seen.

The "Groatie Buckie" is a type of cowrie shell which can be found on the shore between John O'Groats and Duncansby Head. They are used in the making of necklaces etc by many local crafts people. Legend has it that if you keep a groatie in your purse you will never run out of money. 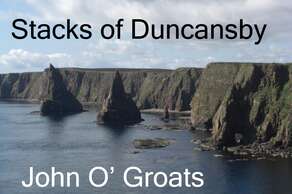 Duncansby light house was built in 1924, it does not follow the tradition of round towers, this light house has a square tower, one of only two in Scotland. This is the most North Easterly point in Scotland. 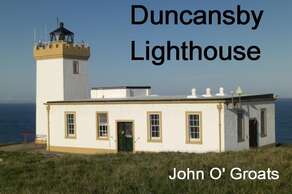 The most northerly Kirk in Scotland, where you can see the tombstone of Jan De Groot whom John O'Groats is named after. It is also the Kirk that the Queen mother worshipped at, and these days Prince Charles. 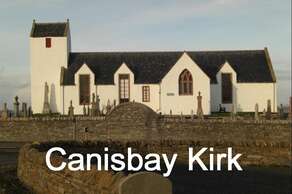 Holiday home to the late Queen Mother, the Castle of Mey was bought and renovated by her Majesty in 1952. Situated 7 miles west of John O'Groats. Visitors can take a tour around the castle and enjoy the beautiful gardens.

Open from May to september. 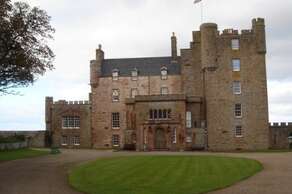 The Gills Bay car Ferry runs 3 times a daily all year round, with extra sailings in the summer month's. Ideal and affordable if you want to take your car over to Orkney for a day or two. This crossing takes about an hour , you will land at St. Margaret's Hope on South Ronaldsay.

Mary-Ann's Cottage is situated in Dwarwick. It is a traditional house which was built around 1850. Tours of the cottage are available from June to September 2pm - 4.30pm (closed Mondays) 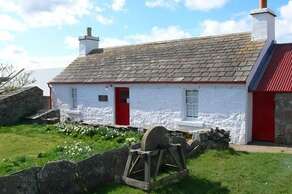 Dunnet Head is the most northerly point of the British mainland, here you will find Dunnet Head lighthouse which was built in 1831. You will get lovely views of the Island of Hoy.

Rock Rose gin gets its wonderful flavour from a carefully selected creation of local and traditional botanicals.

Distillery tours are available here and as there is limited space on each tour pre-booking is very much advised. 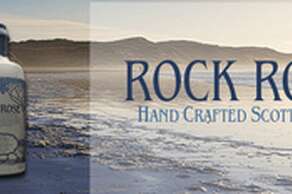 A lovely sandy beach stretching for two miles, here you can go sea fishing and often se bass can be caught. The beach can be accessed through the car park of the Seadrift Centre just west of Dunnet village.

Dunnet Forest is situated just past the village of Dunnet on the A836, this forest covers 104 hectares and has various marked and signposted trails.

Situated at the North side of the Dunnet Beach, this is a visitor centre which aims to show you life around Dunnet Bay.

Castle Hill hertiage Centre is where Sherriff James Trail, a landowner and entrepreneur started a business in producing flagstone. At its busiest Castle Hill Hertiage employed 500 people and produced up to 35,000 tons of flagstone annually. Open Wednesdays, Saturdays and Sundays 2pm - 4pm.

Explore the history of Castletown at this Hertiage Centre 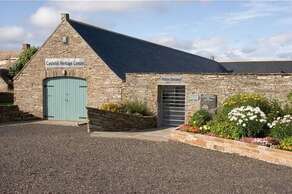 One of the few privately owned distillery's in Scotland. Wolfburn is the North-most distillery on the British mainland, situated on the outskirts of the town of Thurso, 21 miles away.

Try the wonderfully smooth subtle and sweet taste of the "Aurora" expression. 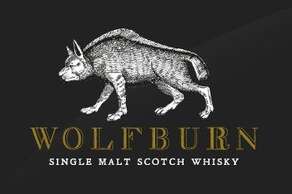 Located 6 miles South of John O'Groats in the Old School House in Auckengill. The Broch Centre tells about the 19th and 20th century communities which uncovered the brochs, the communities which lived in these and the history and knowledge in which these brochs bring to us. 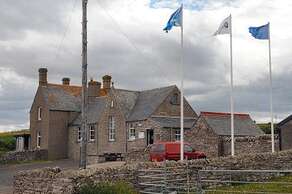 Built in 1831 by James Bremner, using a design of stones on there edge compared to flats. This harbour is still used for fishing and landing of creel boats. Keiss harbour is located 8 miles south of John O'Groats.

Originally the Barrock Public School, this centre is a multi-purpose theatre venue and exhibition space. British and foreign artists as well as the best fine art and craft by local artists.

Situated in Lyth 3 miles of the main A99 between Wick and Keiss. 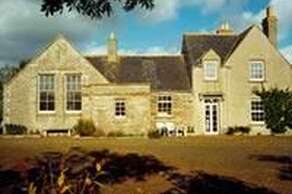 Group and evening bookings by appointment 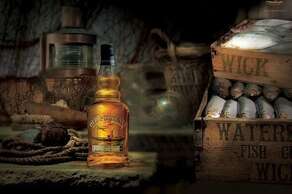 Visit the Wick Heritage museum to find out the story of Wick herring fishing, when Wick was the largest herring port in the world.

It is advised that you should book for groups.

13 miles away at Reiss, 3 miles north of Wick. Enjoy this 18 hole golf course with its breath taking scenery and stunning views. 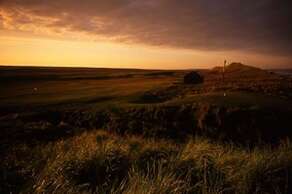 Sea tours from Wick harbour around the east coast of Caithness on the Seacoast Geo Explorer Boat. From the boat you can see castles, sea caves, stacks, wildlife, harbours and lighthouses.

Suitable for 4 years + and for people with restricted mobility. 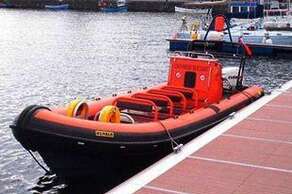 Situated at the south side of Wick one of Scotland's oldest castles. The Castle of Old Wick was probably built by an Earl of Caithness in the 1100's. It was built at a time whwn the kings of Norway held sway over Caithness and Sutherland, it was held by Sir Reginald le Cheyne, Lord of Duffus, who supported Edward I of England.

Located about 3 miles north of Wick. It is considered to be one of the earliest seats of Clan Sinclair. In its earliest incarnation, Castle Sinclair Girnigoe was known only as Castle Girnigoe. It was built by William Sinclair, the 2nd Earl of Caithness, sometime between 1476 and 1496, he died at the Battle of Flodden in 1513.

Painballing is available in Bilbster, which is a few miles outside Wick. This is an open area where obstacles are set up for different games to be played.

365 stone steps lead down a 250ft cliff to Haven, where in the 19th century fishing boats used as a landing. Beside the Haven the Bink was created for landing and curing the catch. Women had to gut the fish and then carry them up the 365 steps in barrels.

The Whaligoe steps are not signposted but can be found just off the A99, halfway between Wick and Lybster at the end of a short row of houses, directly opposite a road sign pointing inland to the "Cairn of Get". 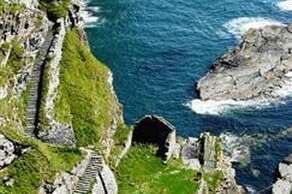 These are Neolithic Chambered Cairns known as the Grey Cairns of Camster. There are two cairns, the long cairn and the round cairn which can be entered through a long passage way, there is a third cairn which lies ruined. The cairns are thought to have been used as burial chambers and ritual sites.

Lybster's history as Scotland's third largest herring port and the natural history of the area.

Open May to September  11am to 5pm 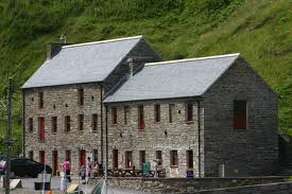 This museum will tell you about the clan Gunn from its Norse origins to the present day. There is also a shop here selling clan Gunn goods

Open June to September, Monday to Saturday 11am to 1pm and 2pm to 4pm. One-off items of stoneware, porcelain, fine jewellery, glass and textiles made on site

Open March to December   Wednesday to Saturday   10am to 5pm

Visit the old school in Dunbeath to learn about the history of the local people from then until now. The centre is posyioned with a good view of the Beatrice Oil Field, the only oil field that can be seen from the mainland.

Visit Laidhay, a two hundred year old thatched Caithness longhouse. Learn about the crofting history, how they lived and worked.

Situated in the village of Dunbeath. Open from June until the end of September. There is a small admission charge Badbea lies halfway between Berridale and the Ord, it can be accessed by a footpath from a lay-by on the A9 near Ousdale. This is a quiet spot situated on the slopes leading to the Berridale Braes. Here you will find a monument in memory of the people of Badbea, who were evicted from their homes in Langwell, Ousdale and Berridale during the highland clearances and then set up home there.

Horse riding lessons, trekking or hacking for all ages and all abilities. Try out riding lessons in the sand arena or the purpose built jumping paddock, horse treks around the 100 acre farm land or the near by forest.

Caithness Clay Pigeon Shooting is suitable for all ages and levels of experience. This is situated 2 miles of the A9 to Westerdale following the signs for Achannaras Quarry.